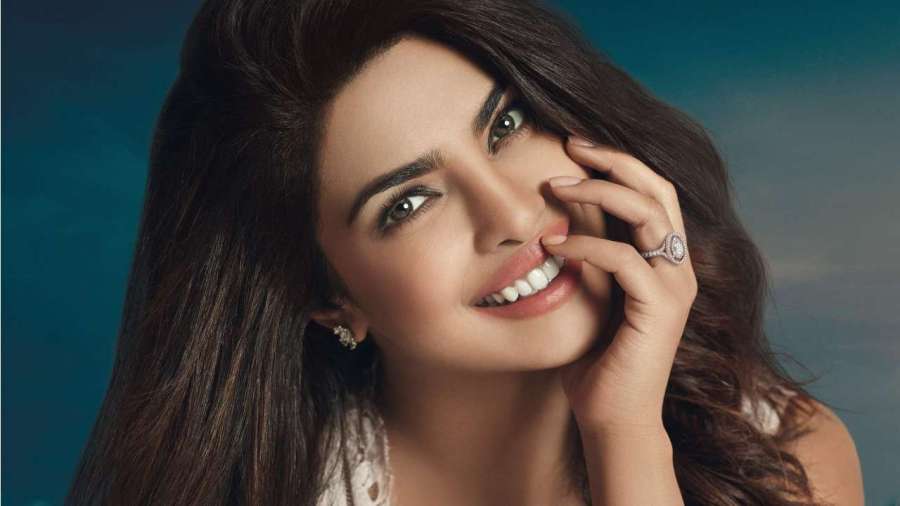 Priyanka Chopra the Bollywood fame Hollywood actress, crush for millions and the first South Asian to headline an American network drama series. She is the role model for the youth and taught everybody in the world that with dedication you can achieve anything and everything. Her career started when she won The Miss World 2000 pageant and ever since she has been unstoppable. She has given the film industry so many hits from the start with The Hero : Love Story of a Spy (2003) to Jai Gangajal (2017) (her last movie in bollywood). Today on B-HUB we are going to talk about some of the best movies of her career . 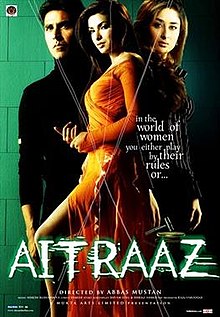 The movie is about a  married man turns down the overtures of his ex-girlfriend, who is also his current employer’s wife, she accuses him of rape. When is dismissed from his job, he sues her for sexual harassment.

Chopra considers her first role as an antagonist, portraying Soniya Roy, an ambitious woman who accuses her employee of sexual harassment, as the biggest learning experience of her career. The film was a critical and commercial success, and Chopra’s performance received critical acclaim 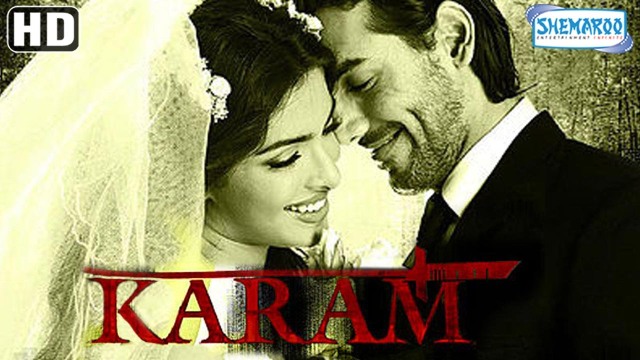 The movie is about an assassin, filled with remorse after killing an entire family, decides to quit and lead a normal life. However, his boss holds his wife hostage and compels him to do his bidding for the last time.

Her performance in Karam was better received, Subhash K. Jha wrote that Chopra with her poised interpretation of high drama, flies high creating a character whose vulnerability and beauty are endorsed by both the inner and outer worlds created for her character. 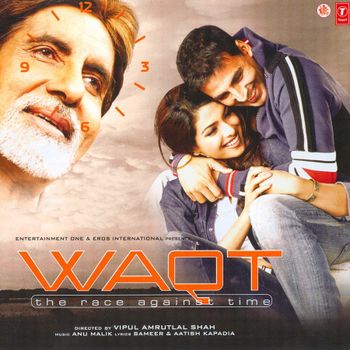 This movie is about a chronic illness which leaves Ishwar with only a few months to live. His son Aditya is extremely reckless. To make him realise his responsibilities, Ishwar throws his son out of the house.

The film was well received by critics, and was a commercial success. This is just what an actor needs for the long run in the industry. 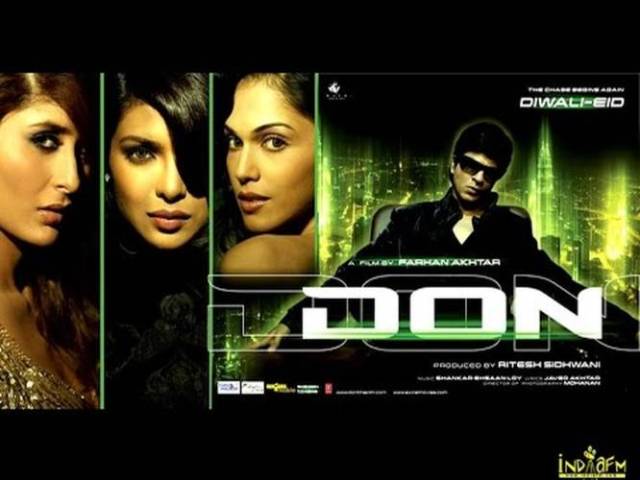 Chopra’s final release of 2006 was Farhan Akhtar’s action-thriller Don (a remake of the 1978 film with the same name), with Shah Rukh Khan. Chopra portrayed Roma , who joins the underworld to avenge Don for killing her brother.

The film was declared a box-office success in India and overseas, with revenues of ₹1.05 billion (US$16 million). Raja Sen of Rediff.com found Chopra to be film’s “big surprise he believed that Chopra convincingly portrayed Roma, “looking every bit the competent woman of action and wrote This is an actress willing to push herself, and has definite potential for screen magic. Not to mention a great smile. 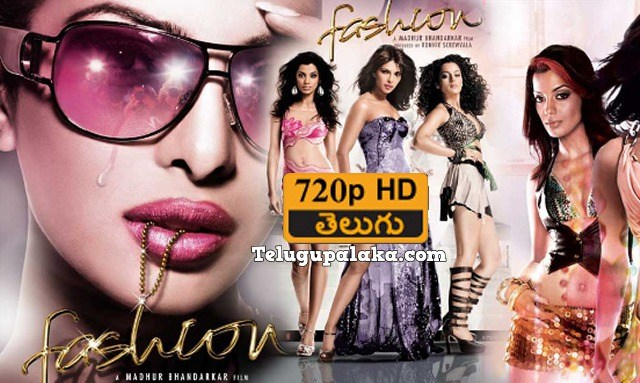 The movie about a Small-town girl Meghna Mathur who sets out to fulfil her dream of being a glamourous supermodel. But what she soon discovers, that in the corrupt world of haute couture, success comes at a price.

The string of poorly received films ended when Chopra starred in Madhur Bhandarkar’s Fashion. Both the film and her performance received critical acclaim, becoming a major turning point in her career. Rajeev Masand wrote, “Priyanka Chopra turns in a respectable performance, one that will inevitably go down as her best.”[77]For her performance, she won several awards,With a worldwide revenue of ₹600 million (US$9 million), Fashion emerged as a commercial success, and was listed by Subhash K. Jha as one of the best films of the decade with women protagonists.  It was noted for being commercially successful despite being a women-centric film with no male lead. She said in retrospect, “I think actually Fashion kick started … the process of female dominated films. Today you have so many other films which have done well with female leads. 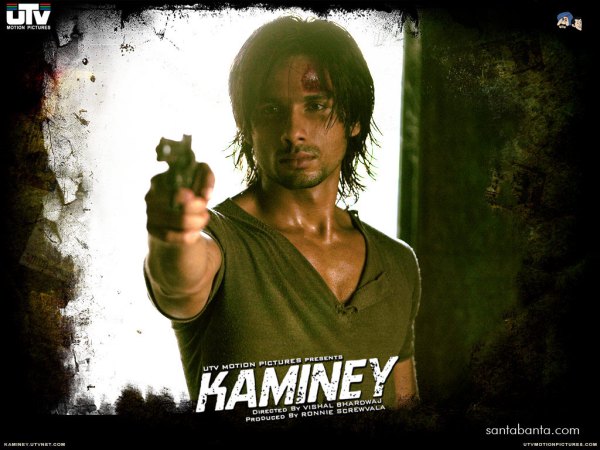 Follows the life of identical twins Guddu and Charlie who hope to end their misery and lead a life of prosperity. However, things don’t go as planned when they are forced into a world of corruption.

The film received critical acclaim and became successful at the box-office with the worldwide gross earnings of ₹710 million (US$11 million). Nikhat Kazmi of The Times of India thought that Chopra’s role completely reinvented her, and Rajeev Masand wrote: Springing a delightful surprise in a smaller part is [Chopra], who sprinkles her lines with a smattering of fluent Marathi and emerges one of the film’s most lovable characters. Raja Sen of Rediff.com named Chopra’s performance as the best by an actress that year. Her role earned her several awards and nominations. 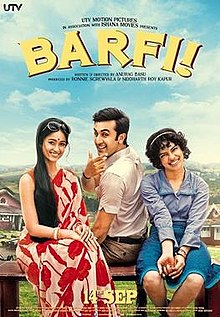 The story is that Shruti loves Barfi, a hearing and speech-impaired man, but marries someone else. Years later, she learns that he is in love with an autistic girl, and feels the need to rethink her own marriage.

The film received rave reviews from film critics and was a major commercial success, earning ₹1.75 billion (US$26 million) worldwide. Chopra received unanimous praise for her portrayal, which several reviewers regarded as her best performance at that time. The Indo-Asian News Service  review said, Priyanka Chopra as the autistic Jhilmil steals the show from Ranbir, if that’s possible. Her inherent glamorous personality simply disappears into her character. We don’t see the actress on screen at all! We see only Jhilmil who reminds us in a very pleasant way of Sridevi in Sadma. This is one of the most flawless interpretations of a physical-psychological disability seen on celluloid. 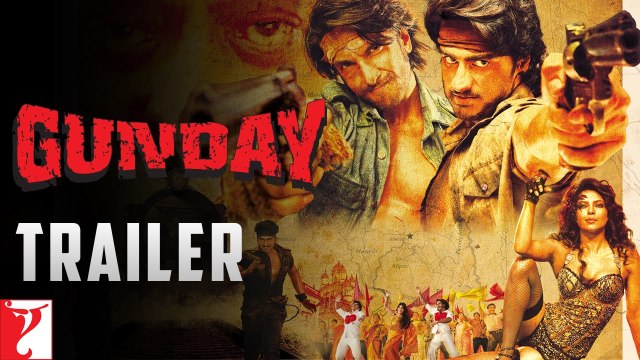 The story is about the two Childhood friends Bikram and Bala grow up supporting each other and aspire to rule over the coal mafia. Their troubles begin when they both fall in love with the same girl.

Gunday proved to be a box-office success, grossing over ₹1 billion (US$15 million) worldwide 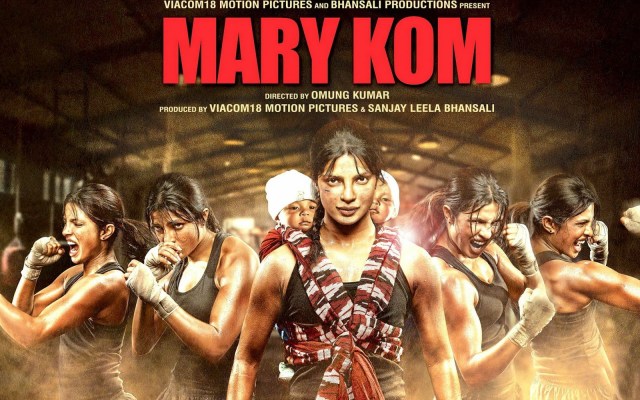 A biographical film of the five time world boxing champion and Olympic bronze medalist Mary Kom When she encounters a renowned coach in a boxing gym, she shares her boxing aspirations with him and convinces him to teach her. Despite her father’s disapproval, she follows her passion.

The film premiered at the 2014 Toronto International Film Festival, received positive reviews from critics, and her performance received critical acclaim.[126][127] Namrata Joshi from Outlook felt that Chopra’s sincere and earnest performance brings out Kom’s “determination as well as her vulnerabilities, and insecurities”, and Indo-Asian News Service wrote “Priyanka expresses every shade of her character with a pitch-perfect bravado. The actress controls curbs and quantifies every component of her character’s personality without losing that basic element of spontaneity.”Mary Kom emerged as a commercial success, with revenues of ₹1.04 billion(US$15 million) at the box-office.Chopra won the  Screen Award for Best Actress, the Producers Guild Film Award for Best Actress in a Leading Role, and received another nomination for the Filmfare Award for Best Actress. 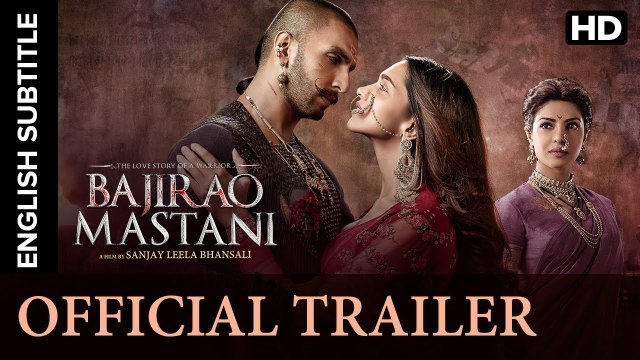 Story:- The heroic Peshwa Bajirao, married to Kashibai, falls in love with Mastani, a warrior princess in distress. They struggle to make their love triumph amid opposition from his conservative family.

Priyanka Chopra received praise for her portrayal which several reviewers regarded as her best performance to date. Rajeev Masand wrote “the film benefits from a nice touch of playfulness and humor in Priyanka Chopra’s Kashibai. Chopra brings grace to the character, and practically steals the film.